All official signage is Irish-first. None of the advertisements are in Irish. The latest reports say that despite massive government effort, the Gaeltacht are unlikely to remain so in coming decades. If it ends up a kind of liturgical language? R. tells me that she wishes people still believed in the Greek gods.

The two old fellows staffing the Joyce tower tell me to check out the National Museum, where the collection of ancient gold artifacts is among the richest in Europe. “You’ll get the impression that things were really quite good until around 1200, when our first wave of benefactors arrived...”

I don’t have kidchamp’s skill at talking to bartenders or cabbies, but one driver did tell me how freakily mild the last two winters in Europe have been.

Some Neck Guitars, a class establishment, let me play some great old Fenders (Jaguar, Tele Custom, two Tele Deluxes). Maybe they’ll cluster here, like the manuscript corpus that tucked away a bad age in the monasteries.

Swans on the Grand Canal come up expecting to be fed, spread their wings and hiss. Back off, says J. Do I look like a Leda? says l. The small black wave-bobbers l thought were coots turn out to be Yeats’s moorhens. (But for the last week my resident niece, just turned two, has been using a syllable that sounds like “coots,” for which no one has worked out the referent.)

Black and white magpies, black and white wagtails. The local oystercatchers surprise by being black and white where they aren’t orange beak. They hop between broken strata of tide-pooled granite under the Joyce museum tower at Sandycove, where a nice tableau is set up in the round room: tea set, empty Guinness bottles, medical textbook open to “paralysis,” big figure of a black panther at the hearth. Downstairs is a portrait of Throwaway the horse and a terrible inherited hunting waistcoat. From the top turret I verify the sweep of the bay. There’s a lighthouse (Kish?) out on the horizon. The profile of Howth imposes on the lower slopes like an island. My daughter and nephew go up and down the narrow stairs and bounce between the turret walls, luckily too high for them to surmount; this is obviously more fun than a typical writer’s house, and they are tolerant of my interest in the writer.

—I think, says R., he went up to the top to daydream, and write stories, and to smoke cigarettes, if he smoked.

On the return train she munches through a snack of roasted seaweed. My nephew stares with mounting horror at his California cousin, and then opens his mouth and vomits all over Irish Rail. We have a box of tissues completely insufficient to the task. R. lends him her pants and away we run. Train motion and food aversion might have played their part, but there is also a circulating virus that has chosen me for its Christmas lodgings. I suffer many tactical defeats in the washroom and am kindly brought some green tea. Happy Christmas!

In the entry of a bar are a couple of young men inexpertly opening beer bottles and spraying each other with the foam. When we try to pass, they body-check me and ask for ID.

—You just walked in off the street!

This doesn’t make sense, especially since we already passed a bouncer at the door. After some back-and-forth I show them my California driver’s license, which delights them hugely; of course the whole thing is a put-on. The inside of the bar turns out to be crappy and we don’t stay.

The National Gallery of Ireland has hidden the Velázquez I wanted to see in order to clear room for Irish history paintings. The 1850-1950 collection has not been disturbed (no one ever disturbs those collections) and J. and I stroll through a sampling of the usual. We agree that Breton’s The Gleaners does remarkable things in building up its depth of field; also some nice Manet-like work by Eva Gonzalès. Over at the Hugh Lane Gallery is Manet’s actual portrait of Gonzalès at her easel. I’m unconvinced by the face but always glad to see Manet furniture, Manet carpet, Manet clothes. Alongside a meticulous reconstruction of Francis Bacon’s messy studio and Michael Kane’s enjoyable “Modality of the Visible” (some shapes, some Oresteia) the permanent collection has good French pieces including the Morisot stolen from the Tate with accidental success, paintings by the painting Yeatses, foggy pictures of and by A.E., seventies-onward work with points of deep force: Terence P. Flanagan, Bogwater and Bullwire; Rita Donagh, Bystander; Brian Maguire, Jail Visiting.

The head from the statue of Nelson is sitting in the corner of the reading room of my local library in Pearse Street, just past the back of Trinity College, hatless, which rather compromises his majesty. Alas the national gallery is undergoing a (near completed) refurbishment and most of the space is closed. I live nearby and often bring my kids to the playroom there. It will be good to see the paintings back on display.

the house of fiction has manet windows.

Some bars. M. O’Brien’s is full of men in blue blazers and a few office-dressed women who must have been emitted by a convention. Someone asks for non-alcoholic beer and is told no. Otherwise there’s a lot of laughter and back-slapping.

—Who the fuck are you!

They are all very courteous when I need to squeeze around a corner. I help one of them find his coat which has fallen from the rack.

The Bleeding Horse would not have been a good place to come with others, given that we’re all at the stodgy age where you want to hear the other half of a conversation; but it was a fine spot to get a pint, absorb the din and write in my notebook with the private smile of a man getting old. Nothing comes through the cranked sound system but the rhythm section; at this volume, a half-step rise in the Pro Tools-chopped bassline sounds like—I was going to say the chariot of Ares, but that’s R.’s comic book talking again. People do order a lot of Guinness, also a lot of Coors Light, which just like the Guinness comes in special branded glasses.

We are staying off Clanbrassil Street, which seems to have been an immigrant neighborhood a very long time. 150 years ago it was the Jewish quarter, which is why there’s a plaque around the corner marking Leopold Bloom’s fictional birthplace. Now it has halal meat, saris, the Vietnamese coffee shop, the late-night joint run by Nepalese folks that has expanded to Japanese and Thai—which is to say, a comfort medley of all our favorite Berkeley joints. If I lived here I would pop in for take-away every night.

If I lived here a lot of things would be different. Strange to come to a country whose modern state was formed in such an explicitly nationalist project—it’s not like other parts of Europe I’ve known, though I think the concocted American version often startles visitors to the US. One of the commonplaces I like about Finnegans Wake is that it’s trying to assert a polyglot Ireland as a counterweight, because nothing is just itself. HCE seems to be both Protestant and allied to the Vikings who founded the city; and to England as a middle term, but not always.

The pillar from which Nelson was dynamited in the sixties is now an abstract steel spire. The statue of Joyce strolls toward it. Someone had laid down a banana peel for him to slip on.

Till now I hadn’t caught that it happened in front of the Gedächtniskirche.

Up thousands of feet over the Atlantic in the not-sleep of an airplane night... “Do you think there will be snow everywhere?”

“Like at the end of The Dead? I can watch you and my dad both freak out.”

The intimacy of waking up in your own grease next to strangers with Irish accents and telling them about your family life thirty years ago.

A set of mythological graphic novels has claimed R.’s attention this month and has me brushing up on Apollodorus and the Homeric hymns. Some particular appeal in the rendering of Athena, spear and helm and the snakes on her aegis following her mood. R. knows she is on the California state seal, but it was my father’s department building at the University of Arizona that had olive trees planted in front, dropping heaps of black fruit split open to red pulp on the paving. Last week after the department holiday party, crossing campus in the rain, Athena’s presence in the groves seemed so overwhelmingly possible that I had to stop in the reading room where the undergrads were cramming for finals and check the inscription over the door:

I am supposed to have a Ph.D. in resistance to slogans, and yet. This is why I can’t leave. We come in low over the island, shoot past the city into the strait and swing around. There is not snow everywhere. Gray water, green fields. A hill—is it Howth?

Lundy, Fastnet, Irish Sea
I got a message I can’t read

The Dublin airport seems new and clean and well signposted, the way things always seem when you leave our crumbling empire. No photography is allowed in immigration control. The Irish Gaelic word for “photography” goes on and on and on.

I recently found this blog, which along with John Pistelli's tumblr and wordpress sites express something close to what literature and books mean to me, albeit in a much more sophisticated and lucid way than I could myself. In any event, welcome to Dublin. It is not generally the case that snow is general here, alas - Ger O'D.

Thank you! Thank you for calling out Pistelli’s sites, which are new to me. 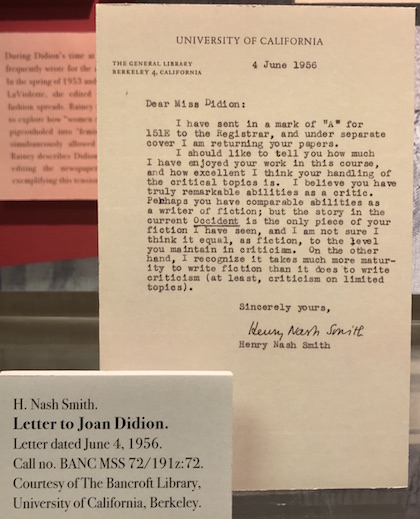